WHY should I have my baby’s nursery evaluated?

A baby is 100% dependent on you to protect and care for their every need.  Babies are particularly vulnerable to environmental influences because they have faster respiration rates than adults, a baby’s cells divide faster to support rapid growth, and a baby’s immune system is not fully developed. Compared to an adult, the small organs of a baby can be quickly overwhelmed by environmental toxins.  Make sure your baby’s environment is a nurturing one. 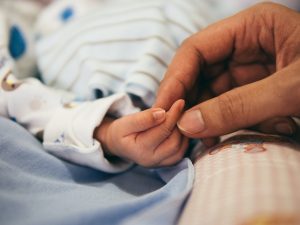 BUILD YOUR OWN Nursery Evaluation

Elevated electric fields have been associated with sleeplessness, bed wetting, changes in circadian rhythm, ADD, ADHD, leukemia, brain cancer, lymphoma, multiple sclerosis, cancer, high blood pressure, asthma, type 2 diabetes, chronic illness, and immune-related illness.  AC electric fields have been shown to affect the way the body repairs itself at night and the overall wellness of an individual through the suppression of melatonin production.

At higher frequencies, both AC electric and AC Magnetic fields are inseparable.  The old analog radio frequency had a smooth wave form but today, most of the radio frequencies around us are modified.  Modified radio frequencies carry tiny data packets.  These data frequencies, which are pulsed, cause biological harm.  Imagine a tiny jack-hammer ramming its way through your body 100s of 1000s of times per hour, day after day, week after week, year after year.  Most people are not aware of how much radio frequency pollution is produced by their own habits and under their control.

With the advancements in modern imagery, scientists have been able to pinpoint the mechanism which appears to be the underlying cause of so many chronic health issues. The mechanism is called the Voltage Gated Calcium Channel (VGCC).  When the Voltage Gate is stimulated, it closes, preventing nutrition from entering and waist from leaving the cell.  With constant stimulation, the cell remains closed, which can lead to mutations in the daughter cell or cell death.  This process is believed to be the root cause of so many of our modern-day illnesses, including diabetes and cancer.

Dirty Electricity is a microsecond (1/1,000,000,000 of a second) spikes or surges of electric, magnetic, and radio frequencies over 60 Hz (Hertz).  Dirty electricity travels along wires, through the air, and from building to building.  Modern living has caused an increase micro-surges and many people are sensitive to these surging frequencies.

Surging frequencies are believed to cause biological harm.  Many people are affected by dirty electricity (DE), and it is believed that DE contributes to learning difficulties in children and creates symptoms like Attention Deficit Disorder (ADD).  It also elevates glucose levels in diabetics, contributes to tinnitus, and aggravates symptoms in people with multiple sclerosis (MS).

Learn what causes micro-surges and how to reduce your exposure.

If you wish to customize your Nursery Evaluation, add any of the following tests to your EMF evaluation.  Additional charges apply for each test.

Types of Water Testing
If you plan on giving your baby formula, know if your water is free from toxins.  Don’t assume that bottled water is a safer solution because bottled water is minimally regulated.  Bottled water may also contain phthalates (a chemical which makes plastic soft), a class of chemicals known to cause harm to babies, especially to males.
Test my baby's nursery

A Nursery Evaluation is a great gift for a loved one or someone in need.