Since EMFs are invisible, tasteless, and odorless, they are ignored.  Many people have uttered the phrase, “What I don’t know, won’t hurt me.”  That is NOT true when it comes to EMFs.  What you CAN’T see, hear, taste, smell, or feel, CAN HURT YOU.

EMFs are all around us. They are not going away.  It is wise to educate yourself regarding the health effects and how to protect yourself.

A group of scientists, researchers and public health policy professionals released a report on man-made EMFs and health, called The BioInitiative Report.  The report concludes that the existing standards for public safety are inadequate to protect public health.  That means everyone is at risk of EMF over-exposure and everyone should take steps to become informed and protect themself.   Areas where a lot of time is spent should be professionally examined for EMFs, such as living areas and sleeping areas. 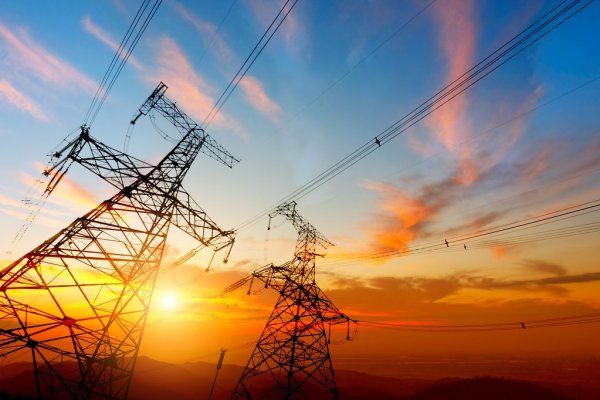 WHAT does an EMF Assessment include?

An Electromagnetic Frequency Assessment considers the following four types of frequencies and how they may be impacting your indoor environment, and possibly your health.

Elevated electric fields have been associated with sleeplessness, bed wetting, changes in circadian rhythm, ADD, ADHD, leukemia, brain cancer, lymphoma, multiple sclerosis, cancer, high blood pressure, asthma, type 2 diabetes, chronic illness, and immune-related illness.  AC electric fields have been shown to affect the way the body repairs itself at night and the overall wellness of an individual through the suppression of melatonin production.

At higher frequencies, both AC electric and AC Magnetic fields are inseparable.  The old analog radio frequency had a smooth wave form but today, most of the radio frequencies around us are modified.  Modified radio frequencies carry tiny data packets.  These data frequencies, which are pulsed, cause biological harm.  Imagine a tiny jack-hammer ramming its way through your body 100s of 1000s of times per hour, day after day, week after week, year after year.  Most people are not aware of how much radio frequency pollution is produced by their own habits and under their control.

With the advancements in modern imagery, scientists have been able to pinpoint the mechanism which appears to be the underlying cause of so many chronic health issues. The mechanism is called the Voltage Gated Calcium Channel (VGCC).  When the Voltage Gate is stimulated, it closes, preventing nutrition from entering and waist from leaving the cell.  With constant stimulation, the cell remains closed, which can lead to mutations in the daughter cell or cell death.  This process is believed to be the root cause of so many of our modern-day illnesses, including diabetes and cancer.

Dirty Electricity is a microsecond (1/1,000,000,000 of a second) spikes or surges of electric, magnetic, and radio frequencies over 60 Hz (Hertz).  Dirty electricity travels along wires, through the air, and from building to building.  Modern living has caused an increase micro-surges and many people are sensitive to these surging frequencies.

Surging frequencies are believed to cause biological harm.  Many people are affected by dirty electricity (DE), and it is believed that DE contributes to learning difficulties in children and creates symptoms like Attention Deficit Disorder (ADD).  It also elevates glucose levels in diabetics, contributes to tinnitus, and aggravates symptoms in people with multiple sclerosis (MS).

Learn what causes micro-surges and how to reduce your exposure.

WHAT should I do?

Do not ignore these invisible EMF frequencies.  Know your risk.  Know what EMFs are affecting your living areas and sleeping areas.  Reserve your appointment for an Electromagnetic Frequency Assessment.

I want an EMF Assessment

SYMPTOMS AND DANGERS of EMF exposure

Other more serious effects include reduction in melatonin production, which not only interferes with sound sleep, but reduced melatonin makes people more susceptible to cancer and to Alzheimer’s disease.  Studies have also shown an increase in ALS (Lou Gehrig’s disease) and Parkinson’s.

Electromagnetic pollution have also been shown to increase infertility and strongly reduce sperm count and health of the sperm.  This type of radiation, even at low levels, has been demonstrated to cause damage to cells and to DNA, which has been linked not only to brain tumors, but to other cancers as well, including leukemia, and breast cancer in women and men, a suppressed immune system, as well as some birth defects.

The truth is we do not have control over our EMF exposure for most of the day, but you can, and should, take control of your exposure levels while at home and especially while sleeping.

The body needs a break between EMF exposures to repair itself from damage caused by EMFs.  Creating a safe sleeping area is critical because while at rest the body is most vulnerable to interference from electric, magnetic, radio, and dirty electricity frequencies.  The presence of these frequencies while sleeping will hinder or completely interrupt the rest and repair process.  The sleeping area should become your Sleep Sanctuary.

I want an EMF Assessment